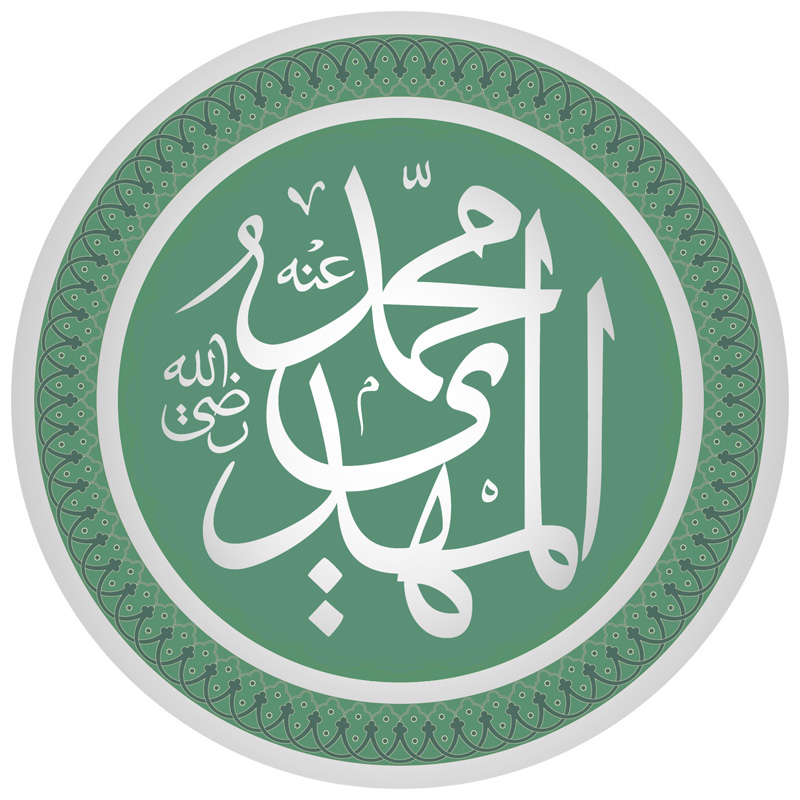 This Iron-Clay Feet Of Daniel 2 study compares the description of the Antichrist with Qur’an teachings about their coming Mahdi.

The Qur’an was written in such a way as to appear to be the antichrist beast, to fool Christians and Muslims.

Interestingly, some of the descriptions of the Mahdi match up with false teachings about the antichrist, which came from the Catholic Church; so this directly links them.

Deception: The Antichrist is a powerful political, military, and religious leader who will emerge in the last days.

Qur’an Teaching: The Mahdi is a powerful political, military, and religious leader who will emerge in the last days.

Bible Truth: The antichrist sea beast of Revelation 13 is the Roman Catholic Church, which had political, military, and religious authority for 1,260 years, from 538-1798 A.D.

The position of the Antichrist is not just one man, but it is an office, like the President of the United  States or the King of England, so it is not just a one-man antichrist.

By causing people to assign the Mahid as the antichrist, it deflects blame away from the Jesuits of the Roman Catholic Church.

Deception: The False Prophet will be a secondary figure who will support the Antichrist during the last days.

Qur’an Teaching: the Muslim Jesus will be a secondary figure who will support the Mahdi during the last days.

Truth: The False Prophet, the Revelation 13 earth beast, is the Jesuits of Rome, who seized control of the Vatican in the late 18th century.

The position of the False Prophet is not just one man, but it is an office.

Today the Jesuit Generals, the Black Popes, are not secondary to the Popes of Rome (the antichrist beast), they are the primary leaders, who are using the Harlot Church to gather the world under their power. And now for the first time, the White Pope is a Jesuit.

Deception: The antichrist will make an Israel peace treaty for seven years, but halfway through he will desecrate the temple.

Qur’an Teaching: The Mahdi will make an Israel peace treaty for seven years through a Levite Jew, and will rule for approximately three years.

Truth: The concept of an end times seven-year tribulation period featuring a one-man antichrist, was created by the Jesuits of Rome in the 16th century, to deflect blame away from the Roman Catholic Church, as the Protestant Reformers had rightly identified it as the antichrist beast of Revelation, the Little Horn of Daniel, and the office of the Papacy, the Son of Perdition.

The 70th week of Daniel was fulfilled from 27 – 34 A.D., when Jesus’ New Covenant was offered to the Jews first, for seven years.

Because it’s been fulfilled already, it cannot be a future end times 7-year tribulation period, which invalidates the Qur’an fulfillment.

Deception: Halfway through the supposed 7-year peace treaty, the Antichrist will desecrate the temple of God, and set himself up as God.

Qur’an Teaching: The Mahdi will establish the Islamic caliphate from Jerusalem.

Instead of being an infidel who doesn’t believe in God, like so many pastors teach, the Antichrist does not reign outside of the Church, but in the very bosom of the Church.

Deception: Christians say that the warnings of Jesus and the Apostle Paul about deceit and deception in the last days, only applies to Islam.

Qur’an Teaching: Islam is perhaps the only religion on earth that practices deceit as one of its tools to assist its own ascendancy. It actually has a specific doctrine which allows and even calls for deception to be used to achieve its desired end.

Truth: The Jesuits of Rome were kicked out of many countries, many which were predominantly Catholic, and their power was removed by the Pope in the 18th century, because they kill, steal and destroy.

Revelation 18:23 says about the Jesuits, “for by your sorcery all the nations were deceived.”

Deception: The Mahdi will change the law and calendar.

Qur’an Teaching: The Mahdi will implement Sharia law and the use of the Islamic calendar

Truth: At the Council of Nicaea in 325 A.D. the Roman Catholic Church changed the calendar to be based on the Sun, not the moon as God ordained in the Bible.  At the Council of Laodicea in 363 A.D. they changed the last day of the week to Sunday, instead of Saturday as God ordained in the Bible. In the Catechism, they removed God’s 2nd Commandment, which forbids idol worship, and divided the 10th commandment into two.

Comparison of Antichrist and Mahdi http://www.scribd.com/doc/182400942/Antichrist-vs-Mahdi-Comparison-Chart

Will Islam Rule The World? http://www.bibleprophecyandtruth.com/notes/islam.aspx

Next Islam In Bible Prophecy study: Deflecting Blame From Rome