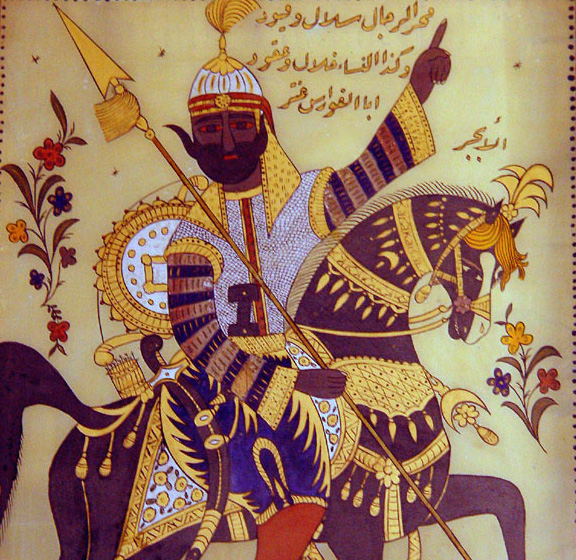 This Iron-Clay Feet Of Daniel 2 study shows you the true historical fulfillment of the 5th Trumpet of Revelation, which caused the rise of Islam and the Muslim army.

The 1st, 2nd, 3rd and 4th Trumpets represented our Lord continuing to pour out His Wrath on the Roman Empire, by sending the armies of the Goths, Vandals, Huns and Heruli, to attack them.

The 5th trumpet represents our Lord raising up the Saracen (Muslim) army to attack the Roman Empire for 150 years from 612 – 762 A.D.

When you see that it was the Lord who sent the Muslims against the Roman Empire, you will gain a new perspective about the Muslims, that instead of just being a blood-thirsty people who killed others, they were in fact sent by God to execute vengeance against the pagan Roman Empire, which had killed 10 million Christians.

Part 2 of the historical fulfillment of the fifth trumpet of Revelation.

Part 3 of the historical fulfillment of the fifth trumpet of Revelation.

Just as Lucifer fell from heaven, a falling star is a great person or leader, who executes evil plans from the bottomless pit of Satan.

The 5th Trumpet represents the rise of the Islamic Empire, which God used to execute judgment against 1/3rd of the Roman Empire.

Mohammed was a great leader (star) who was used by God to darken the Roman Empire.

Mohammed opened the bottomless pit of Satan’s lies, when he stayed in the cave of Hera for three years, and received a vision from an angel in white (no doubt Satan, as 2 Cor. 11:14 says, “And no wonder, for Satan himself masquerades as an angel of light.”)

Pagan superstition holds that caves serve “as the seats of oracles and sources of inspiration.”

The Koran says that Mohammed was given the power of heaven and the fire below, “I have been given the keys of all the treasures of the earth.”

The smoke that rose up is the false doctrine of the Koran, which says that fighting non-believers is the duty of every Muslim for Allah. And the only way to be certain to go to heaven, is to die fighting for the cause of Allah.

The Koran promises a paradise that will satisfy every sensual pleasure.

The new religion of Islam darkened the religion of the Sun, the Western part of the remaining Roman Empire.

Revelation 9:3-4, “And there came out of the smoke locusts upon the earth: and unto them was given power, as the scorpions of the earth have power. And it was commanded them that they should not hurt the grass of the earth, neither any green thing, neither any tree; but only those men which have not the seal of God in their foreheads.”

The Ishmaelites were defined in the Bible as locust. In Genesis 21:17, God promised Hagar that He would make the descendants of Ishmael into a great nation.

The Strong’s word for “nation” in that verse is “gowy” which figuratively means a troop of animals, or a flight of locusts; Gentile, heathen, nation, people.

Judges 6:5 and 7:12 define that locust represent the Arabians.

“For they came up with their cattle and their tents, and they came as grasshoppers (ARBEH / LOCUSTS)… for multitude; for both they and their camels were without number: and they entered into the land to …DESTROY it.” Judges 6:5

“Now the Midianites and Amalekites, all the people of the East, were lying in the valley as numerous as locusts; and their camels were without number, as the sand by the seashore in multitude.” Judges  7:12

The Arabs have an Islamic tradition, which says “Locusts fell onto Mohammed’s hand, and on the wings of the locusts it was written: “We are the army of the Great God“

Moslem writers say, “When the locust swarms darken vast countries, they bear on their wings these Arabic words: ‘We are God’s host, each of us has ninety-nine eggs, and if we had a hundred, we should lay waste the world with all that is in it.‘”

When real locust invade a land, all of the vegetation is devoured, so obviously these locust aren’t literal, but symbolic.

Unlike the Goths, who burned up everything they conquered, Abubeker (the first Caliph after Mohammed) declared that they should not harm the trees or the fields, so that they could take them over and make them prosperous.

They attacked only the idolaters and saint worshipers of the Pagan Roman Empire, who were not sealed with the Holy Spirit.

Revelation 9:5, “And to them it was given that they should not kill them, but that they should be tormented five months: and their torment was as the torment of a scorpion, when he striketh a man.”

Literal locusts come out for 5 months, from April to September.

In 632 A.D., Mohammed died and the Arabs moved out of Arabia to conquer other lands.

This was the time of the supremacy of Islamic power, and for 150 years they conquered Arabia, Palestine, Syria, Egypt, Spain and North Africa.

But their attempts to overtake the Eastern Roman Empire of Constantinople failed. They tried to conquer them, but ultimately just tormented them.

In 762, caliph Almansor built Bagdad as the future seat of his empire and called it the city of peace. They no longer made such rapid conquests, but only engaged in ordinary wars like other nations.

In 782 they signed the treaty of Constantinople, which brought peace.

Revelation 9:6, “And in those days shall men seek death, and shall not find it; and shall desire to die, and death shall flee from them.”

These Saracen Arabs were not allowed to just annihilate people. They gave them a choice; convert to become a Muslim; or be killed if they decided to challenge them; or they could agree to be second class citizens, and they had to pay tax to the Muslims.

If a Muslim came to their door, they had to bring them in and feed them.

Some of these people were not real Christians, so they didn’t have the spirit of God that caused them to accept martyrdom for their faith.

They chose to become second class citizens who were subservient to the Muslims. They sought death but couldn’t find it, because they had not the guts or nerve to fight either.

Revelation 9:7-8, “And the shapes of the locusts were like unto horses prepared unto battle; and on their heads were as it were crowns like gold, and their faces were as the faces of men. And they had hair as the hair of women, and their teeth were as the teeth of lions”

“The horses prepared unto battle” simply represents that they used horses in battle.

“The crowns of gold” represent the gold and yellow saffron colored turbans that they wore.

“Their faces were as the faces of men“ means that they had beards, which is a sign of their masculinity. Romans and other races shaved their faces, so this would have stood out to John.

“They had hair as the hair of women“ The Muslims had long hair in those days. If they were preparing for battle, they would tie it up under the turbans.

“And their teeth were as the teeth of lions“means that they were savage and ferocious.

The teeth of the Arabs were as the teeth of a lion. “Break their teeth in their mouth, O God! Break out the fangs of the young lions, O LORD!” Psalm 58:6

“And they had breastplates of iron“ means the Arab army wore chain-mail as they went into battle.

The sounds of their wings represents the rapid conquests of the Saracens, as they moved over countries as swiftly as locust, their many horses causing a great sound.

Revelation 9:10, “And they had tails like unto scorpions, and there were stings in their tails: and their power was to hurt men five months.”

“They had stings in their tail” indicates their unique ability to fight rearwards, shooting arrows backwards, while riding on horseback.

Revelation 9:11, “And they had a king over them, which is the angel of the bottomless pit, whose name in the Hebrew tongue is Abaddon, but in the Greek tongue hath his name Apollyon.”

Proverbs 30:27 tells us that natural locust have no king;

“The locusts have no king, Yet they all advance in ranks.“

Their king was Mohammed.

Abaddon and Apollyon are words that essentially mean destroyer or one who exterminates, which aptly described the Arabs.

Revelation 9:12, “One woe is past; and, behold, there come two woes more hereafter.”

This is the start of the 2nd Woe.

From John Gill’s Exposition of the Entire Bible

Revelation 9:11 And they had a king over them, Which natural locusts have not, Proverbs 30:27.

By whom is meant the false prophet Mahomet, who was at the head of the Saracens, and led them on to commit the outrages they did; and is believed in by the Turks to this day, as the great prophet of God, and by them preferred to all prophets, not only to Moses, but to Jesus Christ; he is the king of the eastern locusts, as the pope of Rome is the king of the western ones; for the Romish antichrist reigns, or at least has reigned, over the kings of the earth, Revelation 17:17;

which is the angel of the bottomless pit; to whom the key of it was given, Revelation 9:1;

whose name in the Hebrew tongue is Abaddon, but in the Greek tongue hath his name Apollyon; both which signify a “destroyer”; and are very applicable both to Mahomet, who by his imposture has been the cause of the destruction of multitudes of souls, as well as by his wars, and those of the Saracens and Turks, of the lives of millions, and of the ruin of many kingdoms, countries, cities, and towns.

Abulpharagius, an Arabic writer, relates, that in the times of the Chalif Al-walid, there was one Hejajus, who had caused to be slain, of the chief and illustrious men, an hundred and twenty thousand, besides others of the common people, and that fell in war; moreover, that there died in his prison fifty thousand men, and thirty thousand women: and the same writer reports, that the famous Abu Moslem put to death six hundred thousand men, who were known, besides those that were unknown, and whom he slew in wars and battles.

Do you now see how of the 5th trumpet of Revelation 9 has been fulfilled, and it’s not an end-times period where demons torment people nonstop for 5 months?

Do you now see that the rise of Islam and the Muslim army was prophesied in the 5th Trumpet of Revelation, and they were used by God to execute justice?

To see how the Revelation seal, trumpet and bowl judgments all fit together, and to see where we’re at on the timeline today, click on Revelation Fulfillment Timeline.