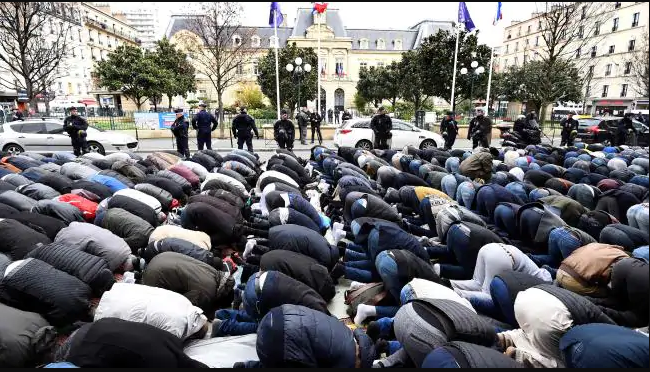 This Iron-Clay Feet Of Daniel 2 study is about the judgment of the harlot church of Rome.

The office of the papacy, the Popes of Rome, fulfill Bible prophecy as the little horn of Daniel 7, the son of perdition of 2 Thessalonians 2, and the antichrist beast of Revelation, who leads the harlot Roman Catholic Church.

The Popes teach a false salvation message of works through the sacraments, and that Mary is the intercessor to the Father, which is anti-Messiah.

This passage in Revelation 17 is about the judgment of the harlot church of Rome.

And the ten horns which thou sawest upon the beast, these shall hate the whore, and shall make her desolate and naked, and shall eat her flesh, and burn her with fire. For God hath put in their hearts to fulfil his will, and to agree, and give their kingdom unto the beast, until the words of God shall be fulfilled. And the woman which thou sawest is that great city, which reigneth over the kings of the earth. Revelation 17:16-18

Once the false prophet Jesuit Superior General and the antichrist beast Popes, the two leaders of the end-times Roman beast, push the world into their One World Government, they will be used to bring judgment on the harlot church.

That may seem contrary, as they’re supposedly Catholics, but the Jesuit General and his army of soldiers were used to carry out the first five bowl judgments, against Catholic countries and against the Pope. This includes the bloody French Revolution and Napoleonic Wars, and the Pope being removed from civil power in 1798 AD, ending their 1,260 year reign of power.

The false prophet Jesuit Superior General and the antichrist beast Popes, pretend to be priests in Messiah’s church (like a lamb) but they serve Satan (the dragon). The Superior General is a fake priest, who hides his power in a supposed church of Messiah.

The areas in Western Europe where the ten kingdoms of the fallen Roman Empire exist, are being populated with Muslims on purpose. The Muslims area gaining control of these countries, which will lead to them being used to burn down the many Catholic basilicas and killing the priests.

Once again, we can see how the iron of the Roman beast is using the clay of the Muslims, to carry out their agenda.