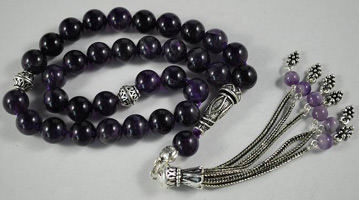 This Iron-Clay Feet Of Daniel 2 study covers the similarities between Roman Catholicism and Islam.

The pagan beliefs of Roman Catholicism and Islam have much in common, as they both oppose what the Word of God says.

The end game of the Roman Catholic Church is to draw Muslims into Catholicism, so the more things that they have in common, the easier the transition.

Both Roman Catholicism and Islam revere the Blessed Virgin Mary.

They both teach the concept of the Immaculate Conception of Mary.

Famous Catholic Bishop Fulton J. Sheen, in his article Mary and the Moslems said, “The Koran, which is the Bible of the Moslems, has many passages concerning the Blessed Virgin. First of all, the Koran believes in her Immaculate Conception, and also, in her Virgin Birth.”

Mary is mentioned 34 times in the Qur’an, and the 19th Surah (chapter) is named after her. After Muhammad’s daughter Fatima, Mary is revered as blessed above all women by orthodox Muslims.

Bishop Sheen says “the two largest religions in the world believe in fervent devotion to Mary and hold her virtues in the very highest esteem.”

Mary is for the Moslems the true Sayyida, or Lady.

But after the death of Fatima, Mohammed wrote: “Thou shalt be the most blessed of all the women in Paradise, after Mary.”

How would Muhammad ever get this idea if it wasn’t from Rome?

This connection is being used to draw Muslims to the Roman Church.

Both Roman Catholicism and Islam revere the moon god and Sun god.

Many images of the Catholic Virgin Mary show her standing over a crescent moon. And there are many sun worship images through the Catholic Church, including at St. Peter’s Basilica at the Vatican.

The Eucharist wafer represents the sun god, which is placed on a crescent moon in the Monstrance, representing their sexual union, and the rebirth of their son Tammuz.

Islamic mosques have the crescent moon representing the moon god and a star for the Sun God. Many times you see pictures with the sun cradled in the Islamic moon symbol, representing their sexual union.

Roman Catholicism and Islam both use prayer beads.

Prayer beads are used to mark the repetitions of prayers, chants or devotions.

In Roman Catholicism they are used to pray the rosary to the Virgin Mary.

In Islam the beads are traditionally used to keep count while saying the prayer known as the “Tasbih of Fatimah”, which was a form of prayer offered as a gift by Muhammad to his daughter.

Roman Catholicism and Islam both have pilgrimages.

The Hajj is an annual Islamic pilgrimage to Mecca, and a mandatory religious duty for Muslims that must be carried out at least once in their lifetime by all adult Muslims who are physically and financially capable of undertaking the journey

Roman Catholicism and Islam both believe in both have forced conversions by the sword and killing heretics.

Islam is in the news today for killing Christians, and they have a history of doing so, as they are the covert military arm of the Roman Catholic Church.

Historians estimate that during the Dark Ages and the Inquisition, the Roman Catholic Church killed over 50 million people whom they deemed as heretics, most of which were Christians who dared to own a Bible (which the Church forbid) or proclaimed the Gospel of Christ.

“History of the Rise and Influence of the Spirit of Rationalism in Europe, Vol. 2″ documents “That the Church of Rome has shed more innocent blood than any other institution that has ever existed among mankind will be questioned by no Protestant who has a complete knowledge of history.”

At one event, remembered as the St. Bartholomew’s Day Massacre, an estimated 100,000 Huguenots (Protestant Christians in France) were slaughtered.

In Spain alone the number of condemned exceeded three million, with about 300,000 burned at the stake during the length of the Spanish Inquisition. (Source: Page 259 of an updated version of “Foxe’s Book of Martyrs”; 2001; Publisher: Bridge-Logos.)

Roman Catholicism and Islam both appear to fulfill Bible prophecy about the Antichrist.

The Qur’an was written in such a way as to match the description of the antichrist beast in Revelation, to fool undiscerning Christians and Muslims.

But the descriptions in Revelation 13 and 17 about the antichrist beast can only describe one people group, the Roman Catholic Church.

Roman Catholicism and Islam both have Holy wars.

Both religions are designed to wage war against their enemies.  Islam was written to cause Muslims to war against Jews and the true followers of Christ.

The Roman Catholic Church has a history of Holy Wars, to overcome their enemies by using the military powers of countries that they control, such as France and Spain.

Today they use the U.S. and Israeli intelligence agencies and military to carry out their Holy Wars.

If you know of more similarities between Roman Catholicism and Islam, please share them in the comment box below.

Next Islam In Bible Prophecy study: The 5th Trumpet Of Revelation 9 Represents The Rise Of Islam