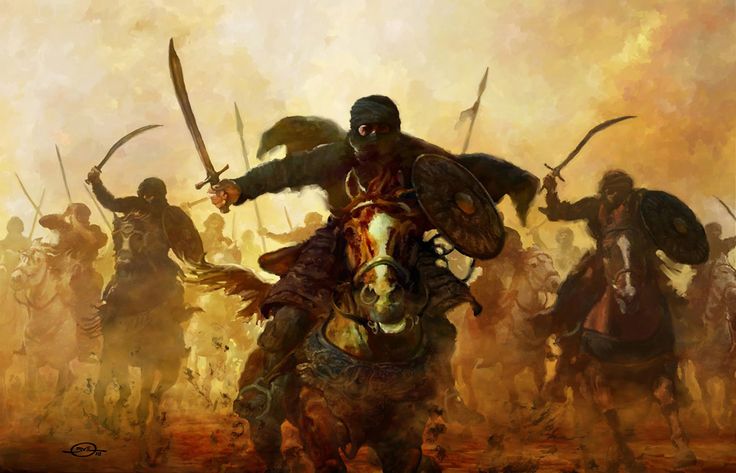 This Iron-Clay Feet Of Daniel 2 study focuses on why the Catholic Church created Islam.

Augustine, the bishop of North Africa, was effective in winning Arabs to Catholicism (salvation by the sacraments through the Papal Church), but many did not convert.

At the same time, missionaries of the followers of Messiah were preaching the pure gospel in North Africa, Asia Minor and other places. Satan didn’t want the Arabs to know the true path of salvation, so he had the Augustinians create the false religion of Islam, to deceive them.

The Qur’an gives Muslims a religious cause, which opposes Christians, so that they don’t read the Gospel and be saved. Islam is Romanism for Arabs. Revelation 17 calls the Roman Church the Mother of Harlots, and Islam is one of the daughter religions that they helped create.

The Roman Catholic Church didn’t have an army, so they sought to harness the power of the great population of Ishmaelites in the desert, to take control of the Holy land. Roman Catholics wanted Jerusalem because of its religious history and its strategic location, the Holy City was considered a priceless treasure. A scheme had to be developed to make Jerusalem a Roman Catholic city.

And they would use them to kill Jews and believers, which opposed their teachings. Evangelism is totally forbidden in the Qur’an, so they created a built in mechanism to kill the true Christians. The Koran is designed to counter Christianity.

They wrote the Qur’an in such a way as to seem to line up with Bible prophecy, to cause people to point to Islam and Muslims, instead of the Roman Catholics. But Revelation 13 and 17 clearly describe the Roman Catholic Church as the antichrist beast.

After Mohammed died, the pope moved quickly and issued bulls granting the Arab generals permission to invade and conquer the nations of North Africa. The Vatican helped to finance the building of these massive Islamic armies in exchange for three favors:

How the Vatican created Islam PDF

Next Islam In Bible Prophecy study: Why Mohammed Was Chosen