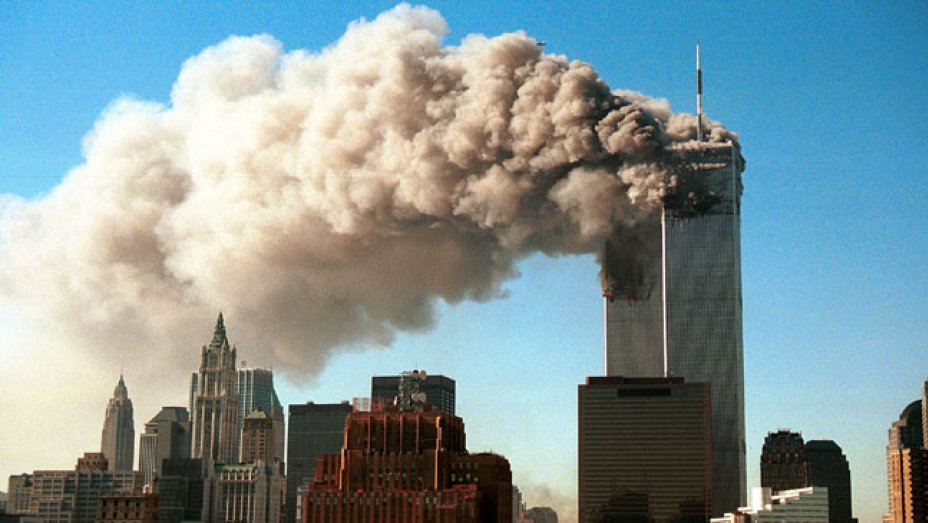 This Iron-Clay Feet Of Daniel 2 study discusses the supposed War On Terror, which is designed to take control of countries which have not bowed down to the Jesuits authority.

Let’s start with a President James Madison quote that is becoming reality, “If Tyranny and Oppression come to this land, it will be in the guise of fighting a foreign enemy.”

Friend, the enemy is using the narrative of a supposed foreign enemy, Al Qaeda and ISIS, to bring tyranny to America and to all the countries in the world.

9/11 was the false flag event that justified the never-ending war against a foreign enemy, the Muslims in the supposed ‘war on terror‘.

And it has brought tyranny and oppression to America and the world.

The 3 buildings that collapsed that day did not fall because of the brilliance of Muslim terrorists, it was the work of the Jesuits through the CIA and Israel Mossad, both of which they control.

It’s interesting to note that in 1994, at the U.N., David Rockefeller said:

“We are on the verge of a global transformation. All we need is the right major crisis and the nations will accept the New World Order.”

9/11 transformed America and the world.  Here’s a short 5-minute video that shows the absurdity of the 9/11 cover up.

9/11 made Muslims the enemy of America, to justify endless wars against Muslim countries.

The Jesuits are the earth beast of Revelation 13, which will cause the world to worship the Antichrist beast in their New World Order.

In order for the Jesuits of Rome to take control of the world, they have to control the leaders and the money supply of each country.

Since 9/11, they have placed their puppet leaders and created a Jesuit-Rothchild Central bank, like the Federal Reserve, in Iraq, Afghanistan and Libya; all places that the U.S. military has intervened.

And they steal their resources such as oil in Iraq and Libya; and poppy production for opium in Afghanistan, to fund their operations.

America and Israel will continue to make war with Syria and Iran, as those countries have not submitted to the Jesuits authority yet.

Al Qaeda is a network of Muslims, who are controlled, trained, armed and funded, by the Jesuits through the CIA.

They use Al Qaeda to create unrest in a targeted country like Libya, then they cause the military to provide support, to help remove leaders that have not bowed down to their authority.

Ex CIA defense contractor Steven D Kelley said “This is a completely fabricated enemy. The funding is completely from the United States and its allies and for people to think that this enemy is something that needs to be attacked in Syria or Iraq is a farce because obviously this is something that we create it, we control and only now it has become inconvenient for us to attack this group as a legitimate enemy.”

“The truth is, there is no Islamic army or terrorist group called Al Qaida. And any informed intelligence officer knows this. But there is a propaganda campaign to make the public believe in the presence of an identified entity representing the ‘devil’ only in order to drive the ‘TV watcher’ to accept a unified international leadership for a war against terrorism. The country behind this propaganda is the US and the lobbyists for the US war on terrorism are only interested in making money.”

Osama bin Laden was used as the poster child of Al Qaeda terrorism until 2011, when he was supposedly killed by the U.S. military.

Here’s the problem… he died in 2001 from medical issues such as total kidney failure.  The whole narrative was a hoax.  Did you really believe that the most powerful military in the world couldn’t kill him for 10 years.

The Jesuits control the group of radical terrorists called ISIS.

The Roman Catholic Church used to openly cause people they deemed as heretics, mostly the true followers of Christ, to be killed during the Dark Ages and their Inquisition.

Now the Jesuits of Rome do it by covertly by having the CIA and U.S. military train and arm the ISIS rebels, to carry out their inquisition.

Radical Muslims are evil to be sure, but they are controlled by the Jesuits of Rome, the earth beast of Revelation 13.

ISIS is a creation of the Jesuits of Rome, to carry out their Inquisition of killing the followers of Christ.

ISIS was trained and armed by the CIA and the Israeli Mossad, and they were funded by Saudi Arabia.

The Jesuits are using them to overthrow the leaders of countries who have not bowed down to their authority, and don’t have a Jesuit-Rothchild Central bank, like the Federal Reserve.

That is why Syria and Iran are in the cross-hairs. Syrian President Assad has resisted them so far, but ISIS is being used to justify U.S. assistance to help overthrow Assad.

They wear masks for a reason, to hide their faces, because some are military, private contractors, etc.

There is plenty of proof of these things on websites and YouTube videos.

Here are a few resources and articles:

09-30-17: Captured ISIS Fighter Blows Whistle: ‘We Work for the US Government’

Isis Is Not Islamic Its The Israeli Secret Intelligence Service. ISIS leader Simon Elliot, is a Jew. http://www.veteranstoday.com/2014/08/04/french-report-isil-leader-mossad/

The covert origins of ISIS http://scgnews.com/the-covert-origins-of-isis

ISIS exposed 100% as CIA Operation: “The Next Bin Laden is Here” – Don’t Be Fooled http://youtu.be/dYXXcwuJtbQ

Next Islam In Bible Prophecy study: The Muslims vs. Israel In WW III