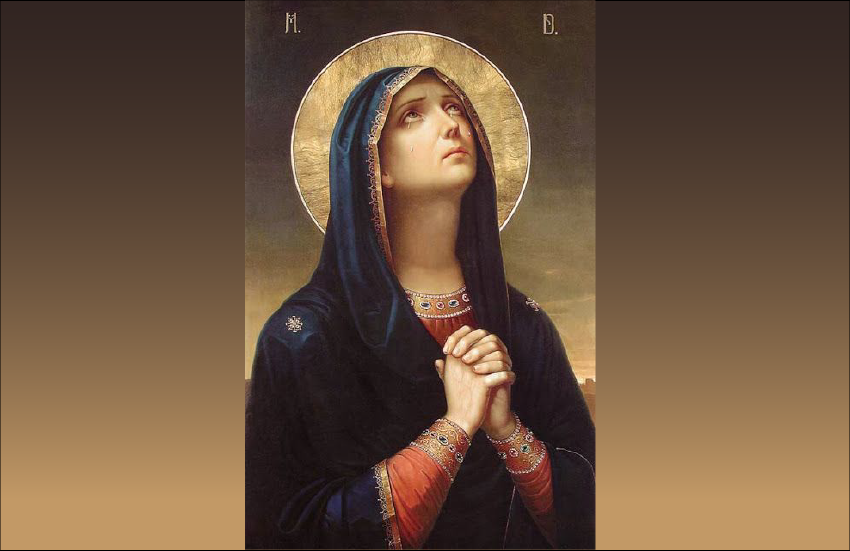 This Iron-Clay Feet Of Daniel 2 study covers the relationship between the Roman Catholic Virgin Mary and the Islamic Fatima.

When Islamic forces invaded and conquered Portugal, they named a mountain village “Fatima” in honor of Muhammad’s daughter.

Given the deceptions of the Roman Catholic Church which controlled the Muslims, this no doubt was on purpose to be used to draw Muslims to the Catholic Church.

That started in 1917 A.D, when the Virgin Mary supposedly made an appearance in Fatima, Portugal, to deliver what is known as the “Message of Fatima.” 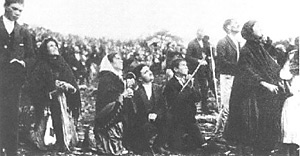 It consisted of a number of precise predictions, requests, warnings and promises concerning the Faith and the world which were conveyed by the Blessed Virgin Mary to three shepherd children–Lucia, Jacinta and Francisco–in a series of apparitions at Fatima, Portugal from May to October 1917.

She visited the children on the 13th day of each month from May to October.  Our Lady of Fátima sent a message that consisted of three secrets: first, a vision of Hell “where the souls of the sinful would travel” without prayer; the second, prophesied the beginning of the Second World War; and ultimately, the mysterious Third Secret, which Dos Santos transcribed in 1944, and has been held by the Vatican since 1957. (Note: this message no doubt will be fully revealed in the future.)

The Message of Fatima accurately predicted all of the following events which came to pass: (Note: they came to pass because the Jesuits of Rome caused them. By having Mary predict them, it has caused Catholics and Muslims to believe in her powers.)

(2) the emergence of Russia as a world power which would “spread its errors (including Communism) throughout the world … raising up wars and persecutions against the Church”;

(3) the election of a Pope who would be named Pius XI;

(4) the waging of a second World War following a strange light in the night sky.

The Message of Fatima also predicted that if the requests of the Virgin Mary at Fatima are not honored, many souls will be lost, “the Holy Father will have much to suffer“, there will be further wars and persecutions of the Church and “various nations will be annihilated.”

The annihilation of nations predicted at Fatima has not yet occurred, but they create fear that it will soon happen, given the growing immorality and corruption of the world. (Note: this is setting up future visions of warning and calamity, all of which would be caused by the Jesuits, to draw the world to the Virgin Mary.)

To supposedly validate the “Message of Fatima,” during the last apparition which occurred on 13 October 1917, the Jesuits of Rome caused an event where 70,000 witnesses supposedly saw the sun, contrary to cosmic laws, twirl in the sky, throw off colors and descend to earth.

This even caused even non-believers to immediately dropped onto their knees and beg for forgiveness.

The children described an ‘entity’ as ‘twelve or thirteen years of age … lovely, shining like the sun‘ that came from the sky in a ‘globe of light‘ and spoke to them in a series of unusual discourses.

Reverend General Vicar of Leiria, one of the eyewitnesses, added that the lady arrived in an ‘aero-plane of light, an immense globe, flying westwards, at moderate speed. It radiated a very bright light’.

Other witnesses described a fair-headed young lady ‘more beautiful than any woman they had ever seen’ who stepped from the landed globe through an oval door, into which, several minutes later she re-entered and silently flew away, disappearing in the direction of the sun.

Note: It sounds like an early model of a blimp, which the people in Portugal would have never seen before, so it would have amazed them in its flight from and towards the sun.

It served to draw the Muslim community towards the Roman Catholic Church, as they too revere Mary and believe that she was speaking through Fatima, the daughter of Muhammad.

Muhammad wrote that Fatima “is the most holy of all women in Paradise, next to Mary.”  And now Mary has spoken through Fatima, connecting the two.

Since then Mary has been referred to amongst Roman Catholics as “Our Lady of Fatima,” setting the stage for Islam being drawn together with Catholicism.

They believe that the Virgin Mary chose to be known as Our Lady of Fatima as a sign and a pledge that the Muslims who believe in Christ’s virgin birth, will come to believe in His divinity.

Roman Catholics world-wide began praying for the conversion of Russia and the Jesuits invented the Novenas (prayers) to Fatima which they could perform throughout North Africa, spreading good public relations to the Muslim world.

The Arabs thought they were honoring the daughter of Muhammad, which is what the Jesuits wanted them to believe.

“Bishop Sheen pointed out that the pilgrim virgin statues of Our Lady of Fatima were enthusiastically received by Muslims in Africa, India, and elsewhere, and that many Muslims are now coming into the Roman Catholic Church.“

“A few years after World war II, Pope Pius XII startled the world with his phony dancing sun vision to keep Fatima in the news. It was great religious show biz and the world swallowed it.”

As a result, a group of followers has grown into a Blue Army world-wide, totaling millions of faithful Roman Catholics ready to die for the blessed virgin.

Bishop Fulton J. Sheen (no doubt a Jesuit), who was considered by many to be the most influential Catholic of the 20th century in America, said;

“It is our firm belief that, the fears some entertain concerning the Moslems are not to be realized, but that Moslemism, instead, will eventually be converted to Christianity — and in a way that even some of our missionaries never suspect.”

It is our belief that this will happen not through the direct teaching of Christianity, but through a summoning of the Moslems to a veneration of the Mother of God.

Missionaries in the future will, more and more, see that their apostolate among the Moslems will be successful in the measure that they preach Our Lady of Fatima. Mary is the advent of Christ, bringing Christ to the people before Christ Himself is born. In any apologetic endeavor, it is always best to start with that which people already accept.

Because the Moslems have a devotion to Mary, our missionaries should be satisfied merely to expand and to develop that devotion, with the full realization that Our Blessed Lady will carry the Moslems the rest of the way to her Divine Son.

Many of our great missionaries (Jesuits) in Africa have already broken down the bitter hatred and prejudices of the Moslems against the Christians through their acts of charity, their schools and hospitals.”

Bishop Sheen was telling us their plan to unite Muslims with the Roman Catholic church, through messages from Our Lady of Fatima, the Virgin Mary.

According to ex-Jesuit priest Alberto Rivera, “the Jesuits have their Virgin Mary scheduled to appear 4 or 5 times in China, Russia, and major appearance in the U.S.”

Future Virgin Mary appearances from the Jesuits could cause Muslims to come into the Roman Catholic Church, so that 2.2 Billion people are united.

Muslims highly revere the Virgin Mary, so a message of reconciliation may draw them to the Pope, who they esteem as a messenger of Jesus.

You can read about Our Lady of Fatima on these websites: