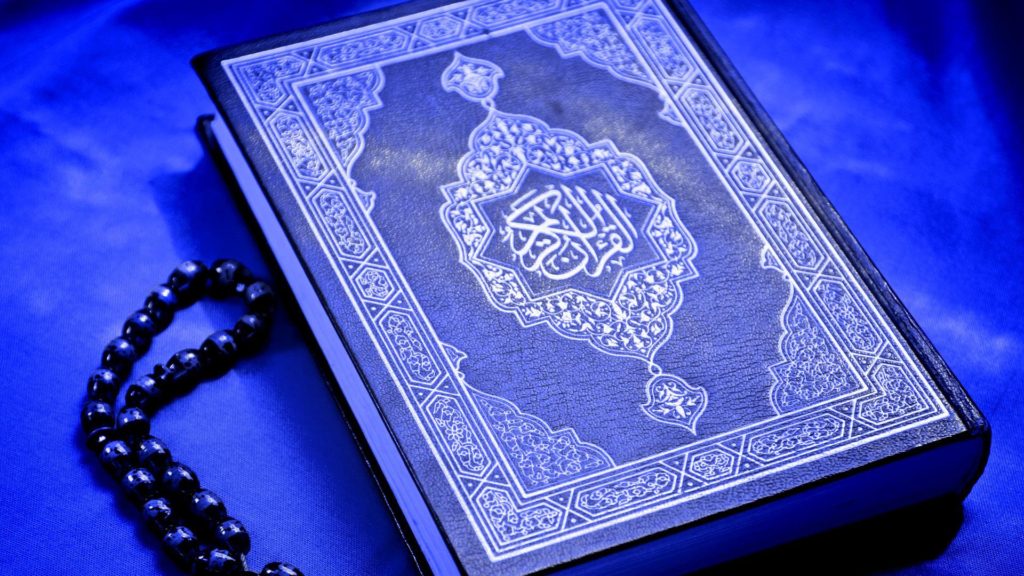 This Iron-Clay Feet Of Daniel 2 study shows how the Qur’an was given to Muhammad.

Through his wife Khadija, a wealthy Roman Catholic, and her cousin Waraqah, Muhammad would have had some knowledge of the God of the Bible and Catholic concepts.

Muhammad was 40 years old when he made his way to the cave of Hira for a spiritual retreat, to meditate.

Pagan superstition holds that caves serve “as the seats of oracles and sources of inspiration.”

While sleeping there he had a dream where he was pressed hard by an entity, and commanded to read and to recite what he has read.

Obviously it was not Gabriel, because he would not teach concepts that directly oppose the Word of God.

The angel was no doubt a demon or Satan himself.  2 Corinthians 11:14 tells us, “And no wonder! For Satan himself transforms himself into an angel of light.”

And with the deception of Islam, billions of Muslims are blinded to the Gospel of Christ.

His wife’s Catholic cousin Waraquah helped interpret the visions, and from this came the Qur’an, aka the Koran.

Waraquah was a Roman Catholic, who was being used by the Augustinians to influence Muhammad. They taught him the virgin birth of Mary, which could only come from them.

The revelation he received that night was the first of many over the next twenty three years, that became the Qur’an, which means the ‘recitation,‘ as he merely recited what was given to him.

The concepts of Allah are based on Satan’s Babylonian false god deceptions. Semiramus, the wife of Nimrod the Sun god, was the moon goddess who bore Tammuz the Sun God.

In Egypt, the names were changed to Isis, the moon goddess who bore Horus the Sun God.

According to Middle East scholar E. M. Wherry, whose translation of the Qur’an is still used today, in pre-Islamic times Allah-worship, as well as the worship of Baal, were both astral religions in that they involved the worship of the sun, the moon, and the stars. (A Comprehensive Commentary on the Quran, Osnabrück: Otto Zeller Verlag, 1973, p. 36).

“In ancient Arabia, the sun-god was viewed as a female goddess and the moon as the male god. As has been pointed out by many scholars as Alfred Guilluame, the Moon god was called by various names, one of which was Allah (op.cit., Islam, p. 7)

“The name Allah was used as the personal name of the Moon god, in addition to the other titles that could be given to him.

“The daughters of Allah, along with Allah and the sun goddess were viewed as “high” gods. That is, they were viewed as being at the top of the pantheon of Arabian deities” (Robert Morey, The Islamic Invasion, Eugene, Oregon, Harvest House Publishers, 1977, pp.50-51).

The Encyclopedia of World Mythology and Legend records:

“Along with Allah, however, they worshiped a host of lesser gods and “daughters of Allah” (op.cit., I:61).

They had worshiped many gods, but Satan through Mohammed pointed them to one god, to make it a monotheistic religion.

To understand how Islam is based on the moon goddess, read this study @ http://www.biblebelievers.org.au/moongod.htm

Islam literally means ‘submission‘ or ‘surrender,’ defining their mission from the Catholic Church, to make war against heretics, Jews and the true followers of Christ.

Here’s a short two-part video series that features the testimony of an ex-Jesuit priest, Alberto Rivera, which was told to him by Cardinal Bea while he was at the Vatican; about how the Catholics created Islam.

“In their “holy” book, the Qur’an, Christ is regarded as only a prophet. If the pope was His representative on earth, then he also must be a prophet of God.

This caused the followers of Muhammad to fear and respect the pope as another “holy man.”